Wine and a cricket match! What else could be better? Well, I don’t know! Probably a couple of things!? Cricket, of course is beyond reproach. However this combination might not be this compelling. But first some info: The vines for this Cabernet Sauvignon were planted on a former Cricket Pitch in Coonawarra, in the shape of the pitch, on the most southern corner of South Australia. The soils are the famous Coonawarra "terra rossa" and limestone. 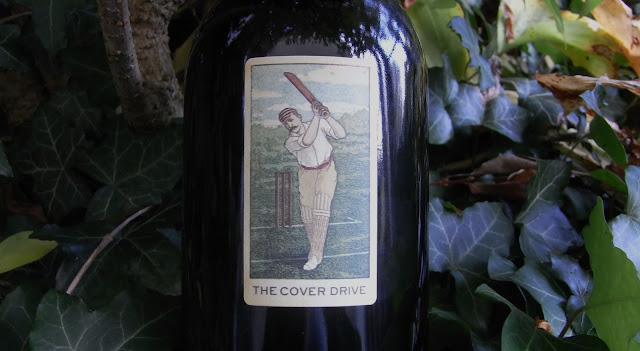 The Cover Drive was a typical light body South Australian Cabernet Sauvignon. It had a lot of fruit, was soft, approachable and showed plenty of fruit sweetness. The colour appeared very dark purple and murky. The nose was fruitful, a bit heat stressed, ingratiating and pretty random. Not much to say about it. Probably not so tempting, at least for me. The taste showed a quite a lot of crude tannins, plenty of fruit sweetness (a bit too much, again for me) of black currant and dark cherries and appeared very modern and easy going. The body wasn’t very concentrated and the oak not really present. At least the acid seemed pretty well integrated and provided this wine with a certain amount of life. All in all a bit dull and faceless Aussie Cab. I suppose I’d rather prefer a decently strong, earthy and well-structured Cabernet Sauvignon for a nice Cricket Match!