Well, today we are entering the Bizzaro-Zone. Last week, in a local supermarket (with a relatively nice wine selection) I spotted something I never deliberately or voluntarily had in my life. A red blend officially made of grapes resp. base wines from two different countries. From Pécs Region in Hungary: Pinot Noir and Cabernet Franc. From Fellbach in Württemberg Region in Germany: Lemberger and Cabernet Dorio (a modern hybrid of Cabernet Sauvignon x Dornfelder). Apparently it is suppose to be a wine to mark the 25th anniversary of the Pécs-Fellbach town-twinning. Created was this blend by the Institute of Viticulture and Enology at the University of Horticulture and Food Industry in Pécs and the Fellbacher Weingärtner (a pretty large cooperative wine producer in Württemberg Region). The bottling itself took place in Fellbach. The wine is declared as: “Wein aus der der Europäischen Gemeinschaft" (for you German speakers out there; I guess the double “der” on the label was just a misprint). Enough blathering! I really can’t tell you more about this creation, because there wasn’t all too much input on the web. 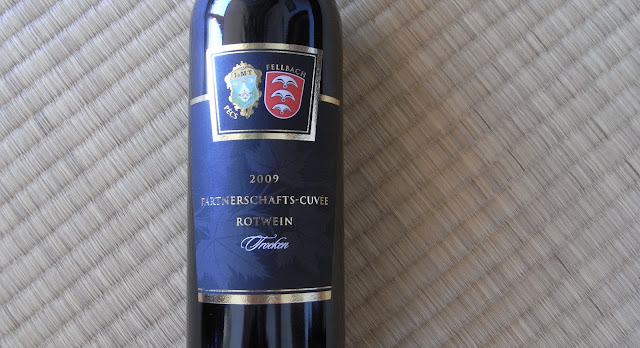 Slightly inspired by Hendrik Thoma's new Wine Blog "Wein am Limit" I most certainly had to give this pear juice a chance. Personally I am not so much into Cider, but this stuff bewitched me with its overwhelming qualities right from the first sip. Eric Bordelet, a once well known sommelier, created this Poiré Granit from pears of very old trees (up to 300 years old) in the South of Normandy. His apples (approx. 20 varietals) and pears (approx. 15 varietals) were cultivated according to bio-dynamic principles, were hand picked and were dehydrated for 3 to 5 weeks before pressing. Natural fermentation, gently low alcohol (in this case 3,5% Vol.) and a clear "Non" to chaptalisation are self-evident for Bordelet. Enough! Now, Wine! …Um … Poiré of course: 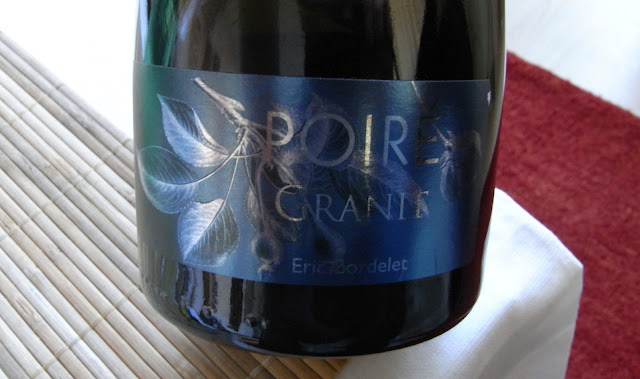 I guess I get a little bit obsessed with those fresh whites from the rainy North-West of Spain. This time I indulged myself with a Godello (with 15% Dona Blanca) from Bierzo. Godello is one the prominent white varietals of the North-West of Spain and the North of Portugal. Since the late 1990s it came once again into fashion and enlarged its cultivated plantation substantially. The producer of today’s wine was Bodegas y Viñedos Gancedo. A relatively young winery (est. 1999/2000) with autochthonous varietals ((e.g. Mencia, Godello etc.) in cultivation only (e.g. Mencia, Godello etc.). By the way: the elevation of the vineyards is up to 1000 meters (in general between 500 and 650 meters), the aging took place in stainless and the vines were approx. 20 (Godello) to 60 (Dona Blanca) years old. 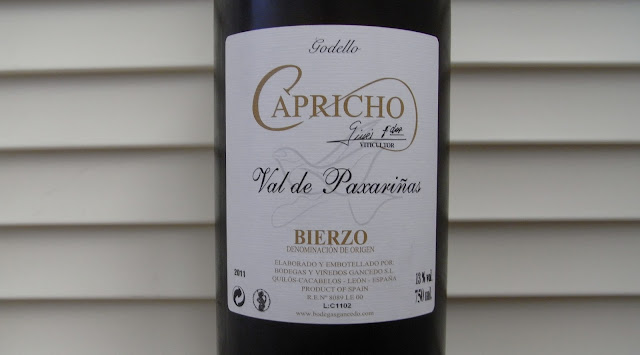 Once more back to Douro! I guess, one of my most favourite viticulture areas on the globe. This time it had to be a red blend from one of the most highly regarded Port Quintas: the Quinta do Vale Dona Maria owned by the legendary Cristiano van Zellers. Today’s wine is his basic red blend called Rufo which was created of a whole bunch of varietals (Touriga Nacional approx. 60%) and aged in stainless steel. 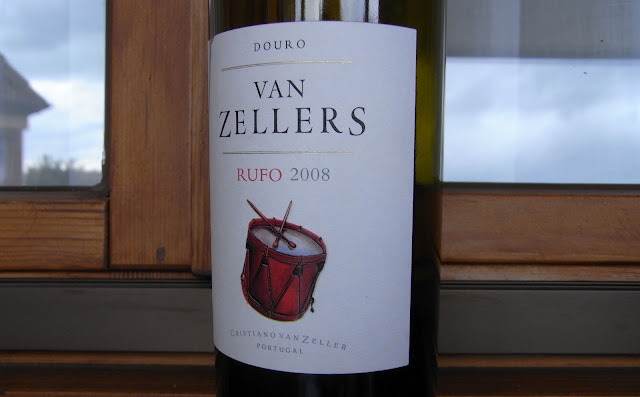 This time we do a little mainstreaming! On the menu: Chardonnay from Israel’s (probably) most famous quality winery. The Yarden Chardonnay 2009 from the Golan Heights Winery. There are a couple of other more sophisticated and more expensive Chardonnays under the Yarden label (e.g. Odem or Katzrin). Today’s wine is the standard edition from the flagship label Yarden [= River Jordan, but not a watery wine river ;-)]. So much to the info I got left in my brain. The rest you may find on the wineries website. I tried it and failed. The navigation on the site was too challenging (and maybe nerve-wracking) for my mouse and me ;-). 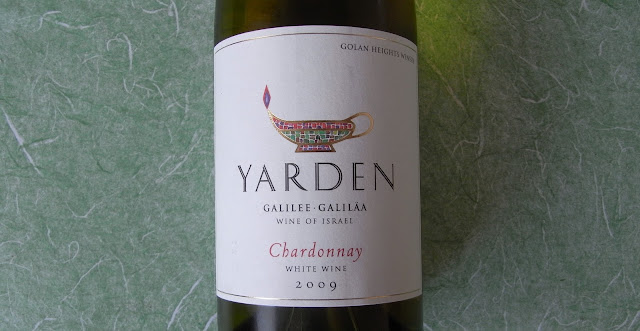 Well, this time I really don't want to waste too many words. This Pinot from Coteaux du Libron was an experimental purchase. Unfortunately not a very successful one ... 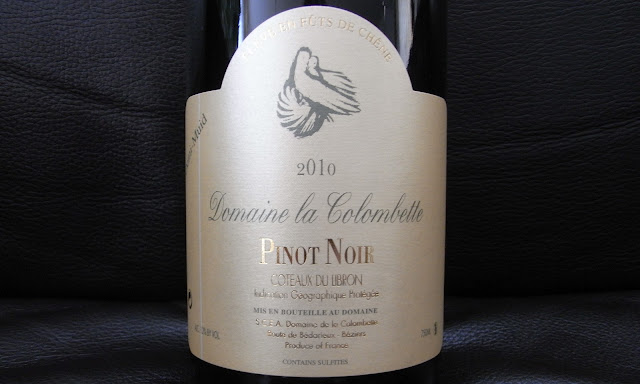 Forged from 30 years old Cabernet Sauvignon vines this Bulgarian Tsar impressed with tonnes of strength, tannin and Rioja-Style-American-Oak-Flavours (12 months in 100% new barrels). The Premium Reserva is the flagship of the Zar Simeon Winery and one of the most expensive wines in all of Bulgaria. The winery itself was the most renowned pioneer for quality winemaking in Bulgaria since the collapse of the Soviet Union. How come the Bulgarians have a relatively large amount of experience and know-how with Cabernet Sauvignon? Even during the communist era. I could not find a satisfactory answer! Maybe you guys got an explanation? But now, the wine: 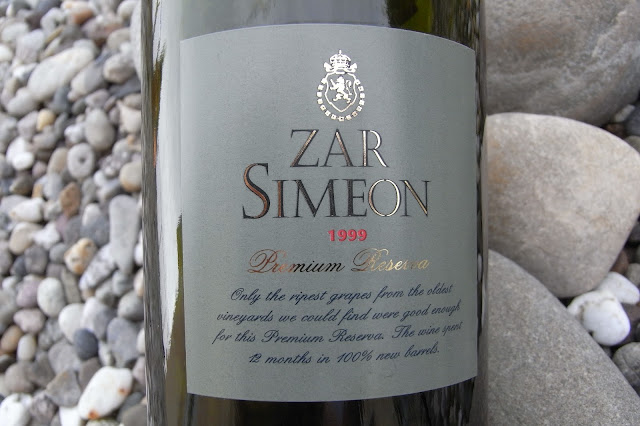 For this part of Supermarket Sweep I brought you a Saperavi, the King of Georgian varietals, from Kakheti Region presented by my Lil' Russian Supermarket round the corner. 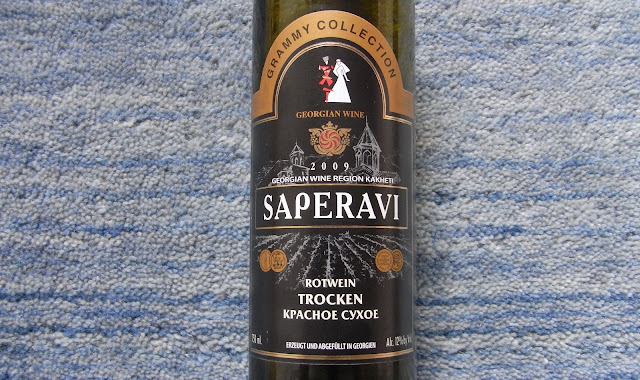 
This time I needed an anti-depressant for football humiliation. What else could be better than an auto white from the Abruzzi region? Well, I guess quite a lot could be better: Brunello, Barolo, Amarone and bla bla bla! In my capacity as a (wannabe) wine adventurer I simply needed something more "offbeat"! So, Pecorino! According to several sources Pecorino appears to be a low-yielding and pretty rare (approx. 200 ha) grape varietal from the mountainous regions of central Italy. So it is not just some cheese – like some intellectually limited wine adventurer once thought ;-) 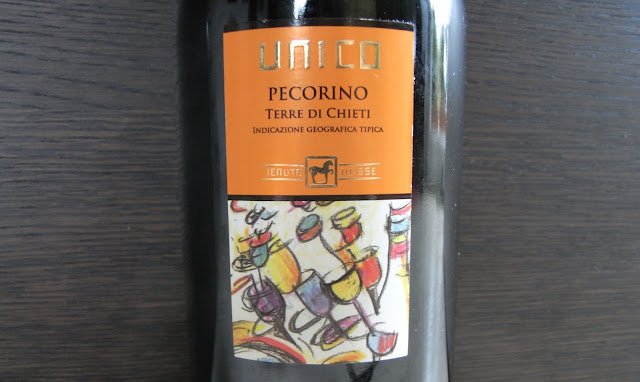